Last night, along with over 2,000,000 other viewers, I watched Ingrid Nilsen’s coming out video and was completely shocked at how much it actually affected me. If you don’t know, Ingrid is a very popular beauty and lifestyle YouTuber who has over 3million subscribers. I have been an avid subscriber to her channel for many years now and seeing how difficult is was for her to film that video really upset me.

This video has come as quite a surprise to a lot of her viewers as Ingrid has been in relationships with men but throughout the video it became clear that she has felt the need to suppress her feelings out of fear of being rejected. I find it appalling that no matter how advanced society becomes, there are still thousands of people that suppress their true feelings for fear of rejection by both their families and the society in which they live in. I genuinely cannot see how it is acceptable to be judged, simply by the person who you choose to love.

As someone who is straight, I never have, and never will, know how it feels to hide your true feelings or to fear coming out to the world. If you try and imagine what this feels like and then think about what it would be like for Ingrid to do all of that and then come out to her 3million subscribers too, the pressure must have been enormous. Despite there being more and more celebrities that are open about their sexuality, why do we, as a society, still feel able to to pass judgement? Last night on Twitter I read comments about how being gay is ‘a trend’ and that YouTubers are doing it for popularity. If you watch that video and see the true emotion behind her words and still feel like it’s just a trend then you are completely delusional!

In my life I have both friends and family members who are gay and I think of it as a completely normal thing. We need to work towards a stage in society where every relationship is treated equally. I didn’t have to come out to my family as straight so why is it that people who are gay have to come out as gay? Although we have moved forward considerably in recent years with the understanding and accepting of same sex relationships there is still a very long way to go and Ingrid’s video really emphasised to me how much further that actually is. There are countries out there where you can be killed for being gay with religion being the reasoning behind it. I accept that different religions have different opinions but the question needs to be asked, is killing a person ever right, no matter what the reason? Love is love, no matter whether that is with a man or a woman  and the sooner society accepts that, the sooner we can stop people living their lives with a fear of rejection. As Ingrid said “we all deserve our best chance!”

I understand that this is a controversial topic and that some readers will have completely different opinions to me, which is fine, but if you choose to leave a comment on this post please make it respectful and not offensive otherwise it will be removed. I know this is a very different post to anything I have ever written before but the video really struck a chord with me as it is never something I have really had to consider before and I have never been informed in that much detail about how hard it actually is. Did you watch her video last night, if so what did you think?

15 thoughts on “One Love: How Ingrid Nilsen’s Video Made Me Realise How Difficult Coming Out Still Is In Our Society” 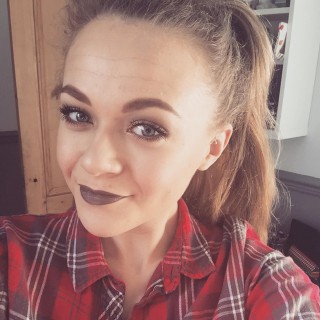